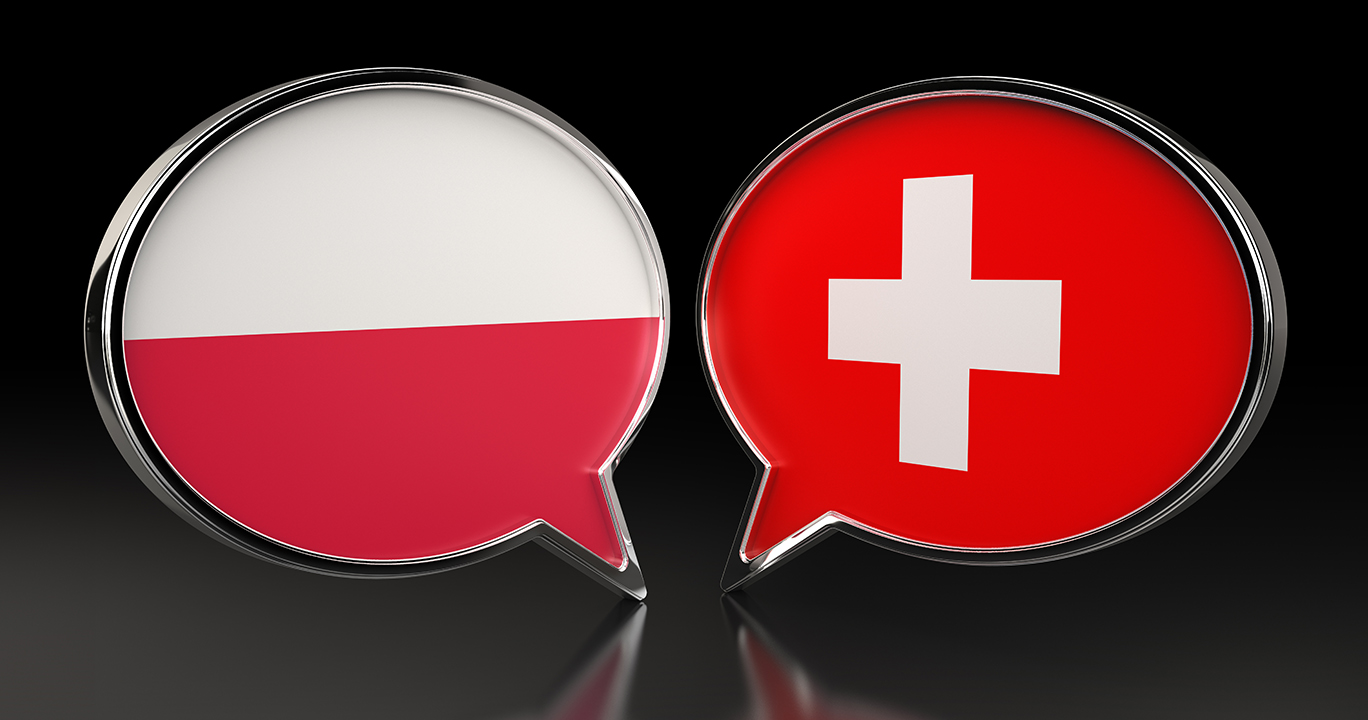 Nearshore IT Services for Swiss Companies

Switzerland is one of the quickest-developing countries in the world. Cities like Zurich and Zug are becoming massive technological hubs where countless companies emerge. Plenty of such firms are in need of software developers, whether they’re a new player on the market or an already-established enterprise. Choosing an IT provider is associated with plenty of research, evaluations of quality, competencies and analysis of costs.

Switzerland is among the most expensive countries in terms of software development services. Here’s a comparison of the rates: 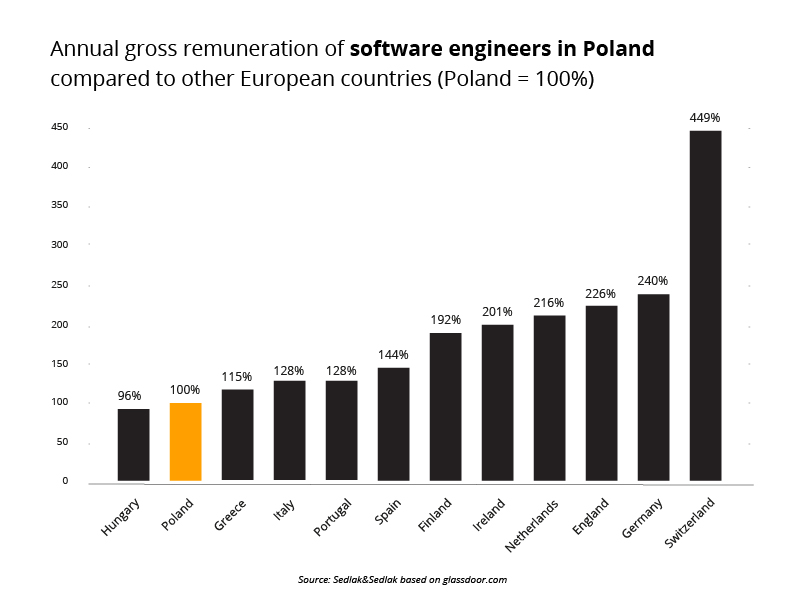 Why is it profitable to nearshore IT services for Swiss companies?

It may seem that outsourcing IT services is an unstoppable trend in Switzerland nowadays. This is the case possibly not only because of substantially larger prices, but also constant improvement of nearshoring software developers. According to a 2018 study, “Swiss software companies plan to increase their foreign workforce by 19.3% and increasingly rely on external services in near- and offshore destinations – especially to source implementation and testing activities.”

Furthermore, according to that same study, but conducted in 2020, 57.9% of Swiss companies in the software industry use outsourcing, while in 2018 that value equalled 31.5%. 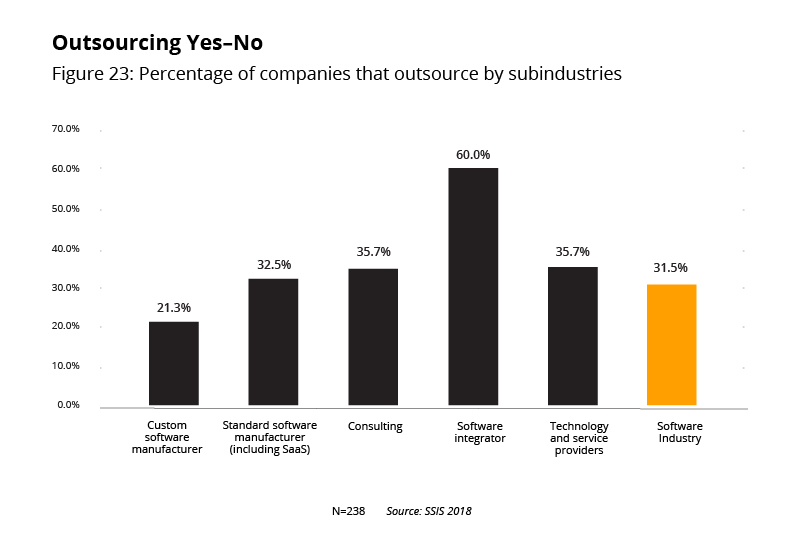 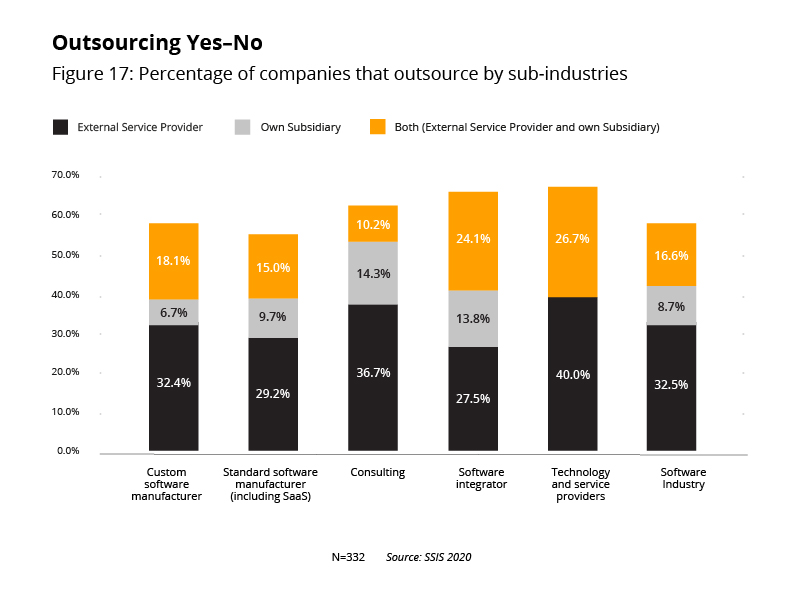 These findings mean that outsourcing – and nearshoring – are becoming more and more profitable and desirable by Swiss companies. We’re seeing a steady growth of companies using nearshoring, especially to Eastern countries such as Poland. But why is that?

Here are some benefits of nearshoring your IT services in Poland:

Nearshoring to an experienced IT Partner from Poland gives the possibility to easily scale up or down. A company from Poland can offer you a much more agile approach. They have the necessary experience and processes that help them react quickly and flawlessly to your changing needs. It’s not as big of a cost for them as it would be for you, and this flexible attitude comes with the package.

Poland is among one of the top countries when it comes to software development. The values that Polish IT service providers hold on to are universal, modern and allow for trouble-free collaboration. They’re well-organised and use the technology that corresponds to the most recent trends. Apart from that, they’re flexible, possess great management skills and follow established coding guidelines associated with testing, scalability and reusability. In fact, Poland is, according to this study, in the second place in Europe in terms of skilled IT professionals.

The number of software developers in Poland is relatively large. Compared to Western countries such as Germany or The United Kingdom, the ratio of software developers to the overall population is more or less the same. Furthermore, most of those specialists are high-educated, experienced professionals who graduated from the top technical universities in Poland.

Last but not least, another great benefit is the lack of communication barriers. Poland is culturally quite similar to Switzerland, and there are no timezone issues. As far as the work culture goes, Polish IT companies are at a top level in that aspect. Moreover, Poles are exceptionally proficient in the English language, which makes the collaboration far more comfortable than, say, with farshoring countries such as China or India.

If you’re looking for a cost-effective, top-quality solution for your IT project, nearshoring is undoubtedly the way to go. If you’re still in doubt about whether you should go with a Polish partner, read this article for further information.