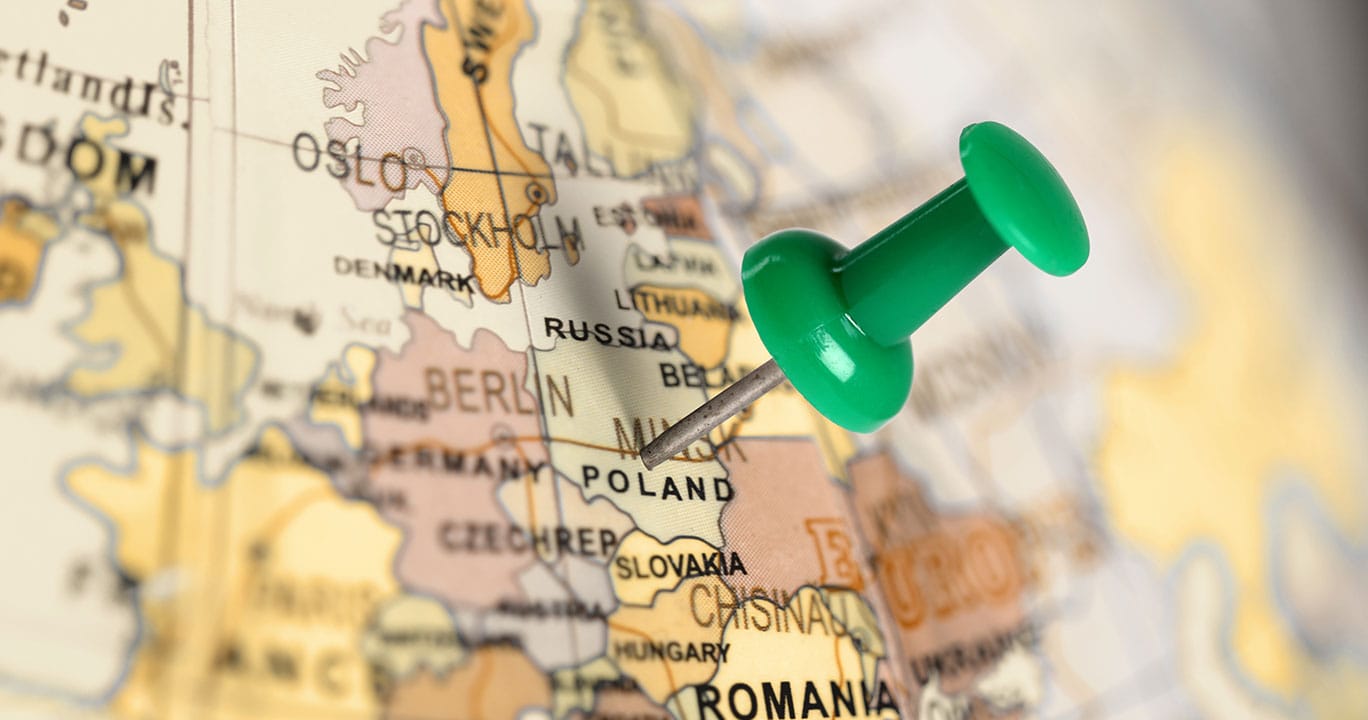 Did you know Poland was named the best country to outsource to in Europe and is in the 12th place in the world?

Through the years Poland has become a very interesting market from an investors’ point of view due to its fluid growth which increases development further. According to Business Insider, Poland is the third best country in the world to invest in, following Indonesia and the Philippines.

Key growth factors include attractive tax incentives and proximity to European financial centres. Poland is mostly known for a vast talent pool of IT graduates, with many international award-winning developers.

The reason the country’s recognition is growing is due to a solid services sector and its talent pool.

In 2017’s Global Services Location Index, Poland was listed as the number 1 best country to outsource to in Europe.

The A.T. Kearney Global Services Location Index has been tracking the offshoring landscape in 55 countries since 2004. It ranks countries across three major categories: financial attractiveness, people skills and availability, and business environment.
Not only was Poland ranked as the best country to outsource to in Europe, but it’s also moved up the global scale and is now the number 12 best country for outsourcing in the world – position reached following ‘a strong improvement in compensation costs’.

KPMG’s 2015 report has also ranked Poland high – with a second place as the most attractive IT outsourcing location, while Bloomberg listed the country as one of the fastest-growing economies of 2015.

However, let us prove to you that these numbers are not everything – Poland has a myriad of merits. Discover them all below:

Poland is in the centre of Europe, which has a lot of advantages.

The time-zone of GMT +1 enables effective communication between the parties, which is extremely important. It allows our engineers to quickly respond to challenges and meet clients in person.

Speaking of meetings, by choosing Poland you can benefit from international airports, which makes it easy to travel to major European cities in just 1-3 hours.

Since there are about 20 million individual flights each year, there will be no problems with frequent contact.
Also, work and leisure culture is similar to that of clients based in Western Europe and work days are aligned.

The education system in Poland gives learners an opportunity for 22 years of uninterrupted and free education. This puts 14th position among best education systems in the world, according to 2015/2016 MBC Times.

Since Poland has developed into a fully-fledged outsourcing location, many developers speak fluent English. This year’s Randstad’s report states that at least 50% of all Poles show elementary skills in at least one foreign language. This is proven by EF English Proficiency Index, which, in the most recent edition of the report, placed Poland on the 9th place in Europe in terms of very high English proficiency (62.95).

Even though the competition on the market is quite strong, Poland is rarely forgotten in yearly reports conducted by renowned organisations.

When everyone talks about slower than expected and very fragile economic recovery, Poland has become one of primary outsourcing destinations in Europe, offering qualified specialists and consultants and its Gross Domestic Product (GDP) continues to grow. Being a member of the Central European Free Trade Agreement (CEFTA) and joining Schengen zone has made international trade easier than ever and companies are evidently taking advantage of that.

In 2016, Poland had the 5th fastest growth in the entire EU. According to EC’s European Winter Economic Forecast, the economic growth in Poland is expected to remain robust and stable.

The World Bank’s flagship Doing Business report which measures regulatory quality and efficiency, gave Poland a very decent 25th place out of 189 countries listed in the ease of doing business ranking, which compares to 37th and 38th place for Romania and Bulgaria respectively, 83rd for Ukraine, 84th place for China and a rather low 130th for India.

Additionally, Poland is steadily developing, welcoming more and more modern technologies in its infrastructures. Not only does it show its awareness of what is happening on the market but also a stable economy, capable of investing into innovative solutions.

Common ground and understanding are crucial factors that can make or break an outsourcing relationship.

When it comes to culture, Poland is very close to other European countries, so the risk of facing a large cultural gap is very low. This is why choosing Poles as your partners may be a way to go.

In comparison to some other popular outsourcing destinations further away, Polish way of communicating and working is very similar to that of most of Europe, posing almost no communication barriers. Polish professionals are also generally comfortable with providing suggestions for improvements, ideas for a better solution or letting their partners know if there is a problem.

Taking all the above merits into consideration, Poland has very competitive pricing, especially compared to domestic markets.

You are still likely to outsource to Poland at very competitive rates, since labor costs are still considerably lower than those for similar experts in the western part of Europe.

A lot of companies from US and Western Europe choose Poland over other countries because of its professionalism going hand-in-hand with lower prices.

What is more, there is no additional VAT reverse charge in Poland, which makes it a very attractive location for outsourcers. In addition to that, Poland follows the EU restrictions and laws. And in this very case, lower costs do mean excellent quality.

As years go by, Poland becomes one of the most often chosen outsourcing locations, especially in the IT sector. Its combination of talent, location and competitive prices makes it a top choice for outsources from around the world.

That’s why, if you want to successfully develop high-quality products, outsourcing to Poland is the way to go.

Get in touch to discuss the needs of your business and see how we can help.

I understand that my personal data given in the contact form above will be processed for purposes of answering my inquiry and for any further correspondence regarding this inquiry. The controller of your personal data is Future Processing. For more information, see our Privacy Policy.