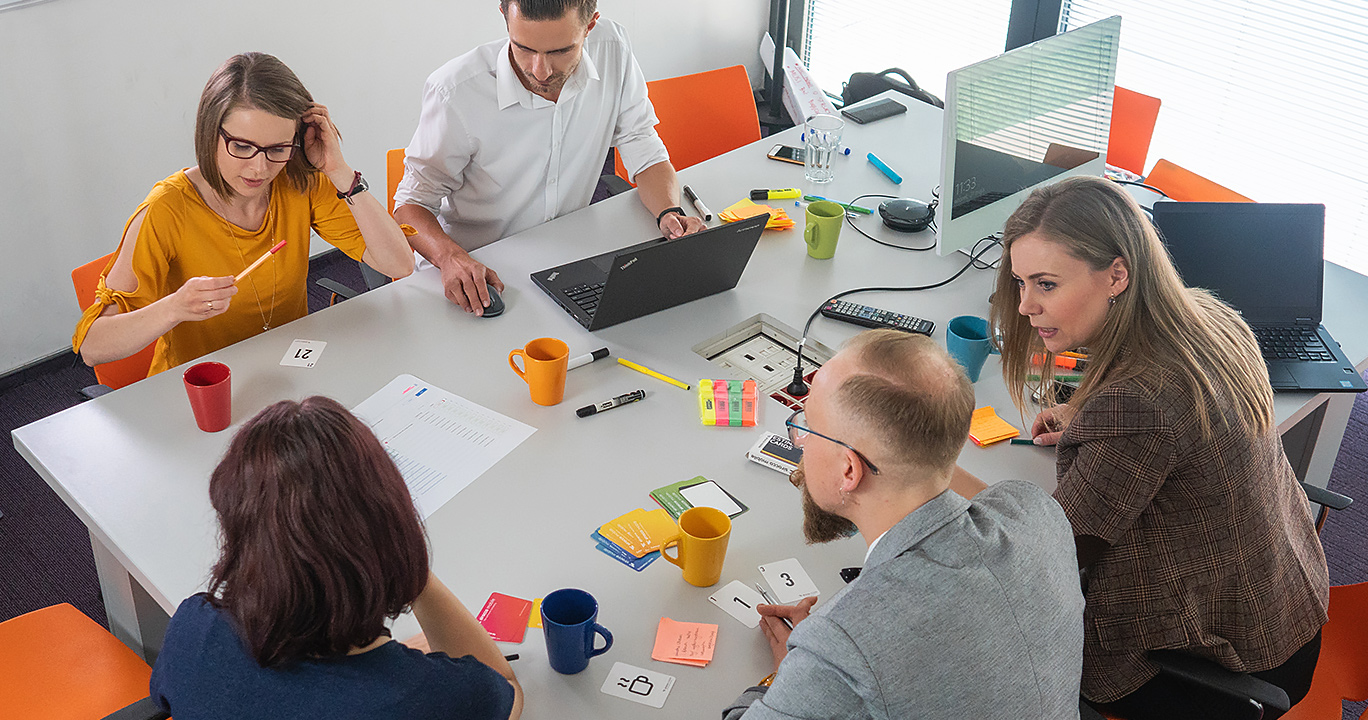 3 best practices for successfully kicking off a software project

If you want to successfully see a project through to the end, you need to make sure it has a strong start. Especially if you decide to work on this together with an external IT partner, since your first impressions and initial findings may have a significant effect on your continued cooperation.

There are two main facts to take into consideration before you begin your project:

Once you realise how important these two things are, you are all set to move forward. In order to identify the best practices for the kick-off stage of a project, we sat down for a chat with Steve Baker – an independent IT consultant with a background in business systems and software development, among other areas. He recently ran a project for FareShare, a UK-based charity organisation that fights hunger and tackles food waste. The project involved designing and developing a solution for managing surplus food warehouses, and was developed by the Future Processing team. That’s how we met and got to know each other.

Now, having covered the basics, let’s cut to the chase.

1. Hold a kick-off meeting that includes your senior stakeholders, some of your end users and the development team.

As obvious as this may sound, for some reason, this is where a lot of partnerships fail. Some organisations simply underestimate the chance to build and deepen commitment from everybody who is involved in the process. Further development can be done remotely, of course, but meeting people in person will help create stronger bonds that will make your cooperation much easier later on.

There’s just one important thing to remember. Since you want to bring in all these senior stakeholders, the level of detail has to be kept to a minimum. The issues to be discussed should concern everyone, so don’t go too deeply into very technical matters, such as the development infrastructure, as this is a subject for a separate discussion, among technical people only.

2. Make sure you agree on the outcome that you want to achieve with this project.

Even if the idea of the project sounds pretty simple and obvious, you may be surprised at how differently the expected outcome can look to you and your partner. For example, you may want to develop an app for runners to help them track their results. And to you that means running indoors, using treadmills, and fetching data from these machines, while to your IT partner this means running outdoors on different types of terrain and using a GPS to measure the variables.

That’s why you need to establish your objectives and what your vision of success looks like, so that everything is clear to everyone. And this is something that just has to be agreed upon with the stakeholders, since first and foremost, the outcome must be in line with their vision. Of course, while this might sound simple in theory, a lot of stakeholders do not realise how important their role is, only to be painfully disappointed by the outcome of the project later. Helping the stakeholders recognise their responsibilities is a somewhat delicate, yet crucial, matter as again, their lack of engagement is one of the most common factors behind project failure.

3. Use a familiar process framework to begin with so that everyone knows their roles and responsibilities.

Prior to any cooperation, especially with an outsourced team of developers, you need to first agree on what your collaborative and communication process will look like. You don’t want to waste time later by arguing about how it should be run.

The best thing that you can do during the kick-off stage is to apply an off-the-shelf framework that everyone is familiar with, like Scrum. It’s got predefined roles with specific responsibilities, along with a set of known rules to follow and processes to incorporate. These can and should be adapted to your specific situation and environment later on but it’s at least a very good starting point – a widely known and used methodology in the IT industry. There’s definitely no need to reinvent the wheel.

In short, the kick-off meeting should definitely:

From the perspective of the client, it’s also important to set some time aside to prepare a good presentation – it’s critical that your IT partner understands not only the nature of the project but also the distinguishing characteristics of your company, your business model, goals, mission, and so on. Some diagrams or flowcharts may be helpful.

The kick-off stage of a project is a fantastic opportunity for everyone to show that they are willing to cooperate on equal terms, with mutual respect. Showing up on time, listening to the other side, and building confidence in their ability to do what they have promised and agreed upon – all of this lays the foundation for future success.

Get in touch to discuss the needs of your business and see how we can help.

I understand that my personal data given in the contact form above will be processed for purposes of answering my inquiry and for any further correspondence regarding this inquiry. The controller of your personal data is Future Processing. For more information, see our Privacy Policy.